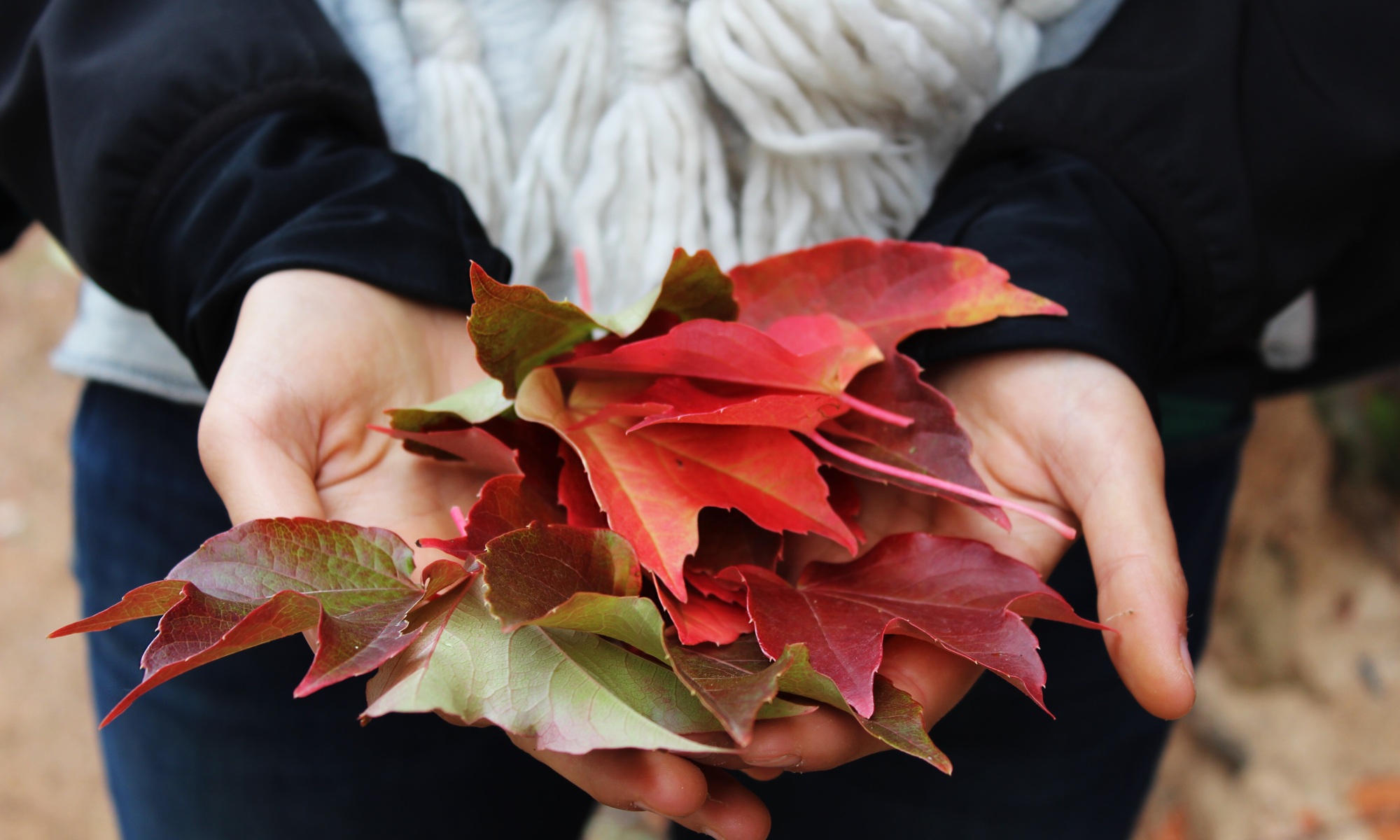 The following is a transcript from an early Q and Q Friday (Questions and Quacks). You can read the transcript or you can scroll down and watch the video. Yay!

If you subscribe to girl and duck you’ll receive a Q and Q video like this one, every Friday. Straight to your inbox. Free!

Dear Jen, What makes a manuscript (story for children) really stand out and shine from the slush pile?

That’s such an awesome question!

I’ve been mulling it over because we need to get down to that one thing that I think makes a manuscript shine.

And I enjoy this question because having worked as an editor I know what it’s like to manage a slush pile.

When I first started working at black dog books (which was a boutique publisher here in  Melbourne, Australia), I was the junior and I had the slush pile.

The slush pile is often given to the juniors — the higher up you go, the more urgent your list of things to do. Generally speaking, publishers can’t afford to pay people to just sit around and read…

Recently I spoke to somebody, I think it was in Penguin, and she said the slush pile is now divided up among everyone. Everyone gets apportioned some of it because it’s such a daunting task.

But back in those days, in a small indie publisher, the slush pile was my little thing.

It was something I would do when I had a bit of spare time. I know that in the big publishing houses the editors take unsolicited manuscripts home and  read them at night. And they read them on their days off. And at weekends, you know?

Can you see how important it is to get your ms right? The person who’s reading it will be under enormous pressure. Okay? So that’s the first  clue.

Imagine if you went into a library or a bookshop, and the shelves were stocked with books all covered in brown paper—there wasn’t anything to distinguish them from one another, except maybe size. And you had to go through and pull books off the shelves and make decisions and you had no cover to guide you or inspire you or to pique your interest.

That’s what it’s like when you’re reading from the slush pile.

So, again, keep that in mind. Keep in mind that you’ve only got words, that’s all you’ve got.

So what I would say to anybody, and this is not just for children’s authors,  if you’re writing any kind of fiction, the one thing that I think makes a manuscript pop is voice.

You have to get the voice right. You have to work really hard on voice.

So you must work on voice. I talk about this on the blog and it’s one of the first things I talk about in my real life classes.

Voice! A confident, funny, or serious— it doesn’t matter if it’s serious—but it has to be confident and warm and inviting.

A wobbly, half-arsed voice, or a voice that’s insincere or is your grade three teacher’s or that belongs to the nun who taught you creative writing—all these voices need to be worked out of you.

And they will come out when you first start creative writing. The writing is bound to be clunky and awkward and self-conscious. It takes time to find a voice that’s authentic and a voice that’s original. But also sincere.

Don’t be disheartened when you first start writing if it sounds so much NOT like what you want it to sound like.

Now, this can take years, okay? It’s not something that you’ll work out in a weekend. It takes years.

But if you’re doing it all the time, and you’re practicing, of course you’re going to get better and better more quickly. So keep chipping away at voice.

As I say, voice is really what will make the editor stop at your manuscript and read some more. 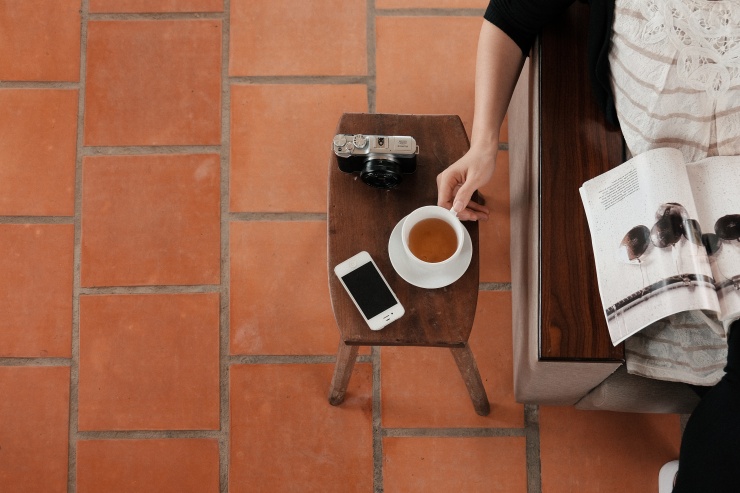 The thing that you have to realise, too, is—I think a lot of people don’t quite appreciate this— is that publishers want books. You know? They want good manuscripts. They want to see good work. They want to see possibilities. They’re after product.

They’re not sitting there looking through the slush pile and judging it and being mean or mean spirited or acting like a school teacher and feeling superior.

So keep that in mind. Don’t feel so threatened. Don’t feel so undermined by everything you hear about slush piles—these ideas that people get about publishers sitting in their ivory towers not wanting to mix with the plebs down there who are writing. Of course they do. They want good books!

I was also thinking about things that will make your manuscript pop— but in a bad way.

Things like glitter glue, coloured headings, hand-drawn pictures if you’re not actually an illustrator or you haven’t had much experience—that’s a pretty scary thing to do. Photographs of your children or your grandchildren. I speak from experience… 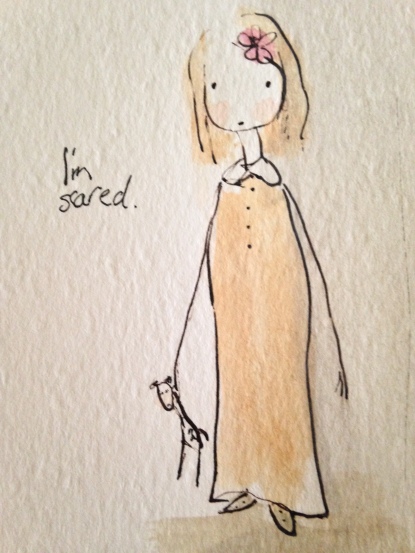 But of course now we have electronic submissions so I think that might save a lot of poor tired editors from having to go through these grade five projects.

Now, there’s something about children’s writing, and of course I do understand, that people out there think writing for children is easy.

I’m going to knock up a children’s book in a weekend and I’m going to send it in to a publisher and the publisher is going to say, ‘Hallelujah, I’ve never seen anything so remarkable! We’ve got the next J K Rowling.’

You’re average punter would look at, say, an Oliver Jeffers book and say, ‘Look at that. The kid’s got toothpicks for legs and—I could do that! I could draw a book like that.’ 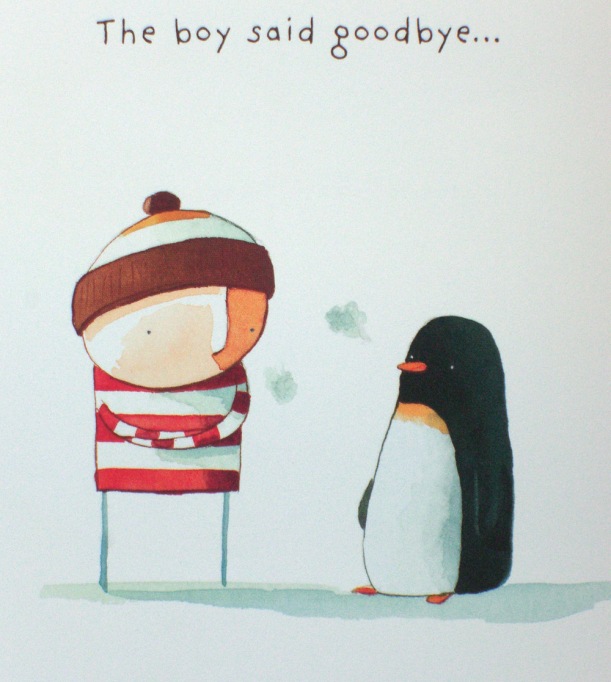 But of course, it’s the untrained eye, isn’t it? They’re not seeing the subtleties, the talent, the palette, the body language, the humour, the technique, that’s gone into an Oliver Jeffers book.

They’re just seeing what they think is a kid’s drawing. And so, again, they think they can knock up a kids book just like that.

So, because of this, the slush pile is enormous. So many people think they can do it.

Now, this is actually a good thing for you guys. It means that, I’m not exaggerating, about ninety percent (in my experience) of the slush pile is…slush.

So, if you’re sitting down to read through the slush pile, and you’ve got maybe half an hour to get through some manuscripts, you’re going to quickly sift through. Even the cover letter will sometimes be full of errors and appalling grammar, and you can just chuck that one outright.

Or beyond that, you might get through the first couple of sentences and…

I don’t want to sound mean, but that’s how bad, that’s how low the standard is among people, you know, having a go. Having a go at writing a kids’ book. Absolutely atrocious.

And the glimmering ones, I tell you, they will have a strong, passionate, confident, inviting voice.

And that’s what will hook that reader, hook that jaded editor or agent, and get them to keep reading.

Again, I stress, this applies to adult fiction as well. To fiction across the board. Young adult. Whatever. It’s voice. Voice, voice, voice.

So, that’s what I wanted to say to you today. If you want your manuscript to pop, make sure the voice is strong.

Also, make sure the manuscript is presented professionally. Make sure you have a crisp, professional cover letter. Not cute. Not waffly. Not too familiar.

Stick with the publisher’s guidelines, too. Read them and stick to them. Don’t just wander off and do your own thing. Again, you’re going to get flicked to the side, you’re not going to get looked at if you do that.

You get something good and you’re so excited. It’s so boring reading rubbish! It’s demoralising, you know?

So be that person who focuses on voice.

Voice is that one little precious thing.

Imagine going into that bookshop with all those brown books and pulling them off the shelves and flicking through. The thing that’s going to catch you is the voice.

And that’s all I’ve got to say today at girl and duck.

I hope you all have a great weekend!

See you back here next week for another Q & Q Friday.

And keep those questions coming!

Don’t miss out. Subscribe to girl and duck here.

‘If I could shove Jen Storer in my back pocket, I would.’  Zoe, Brisbane 2 Replies to “Shining on the slush pile (revisited)”